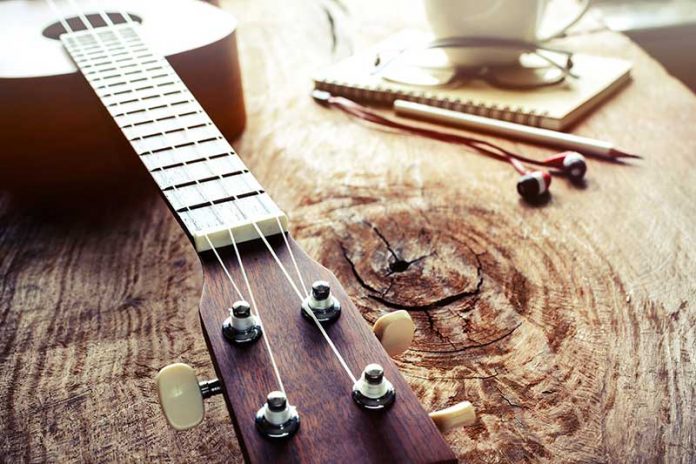 One of the hardest things for me to wrap my head around was learning was how to read tablature for guitars and ukuleles. It's easy to find chords to strum along to, but when you want to, let's say, fingerpick, you're taking a journey into uncharted territory. Unless you like taking the unpaved road and want to play by ear, learning how to read ukulele tablature is the easiest solution.

A tab, or tablature, is essentially sheet music for stringed instruments. Once you get the hang of it, uke tabs can be incredibly easy to read. Plus, we only have four strings to read off of!

What are the basics of uke tabs?

​Uke tabs will typically look like the image below. They are written in a basic font, like Courier, to keep the spacing the same. You'll see four lines, each for one of the four strings of your uke.

Most ukulele tabs you'll find will be written in the standard G-C-E-A tuning. If the tab is written in a different tuning, this will be indicated on the left hand side. The top row of A, is the same as your top string of A. ​

Most uke tabs won't be blank. If they are, they won't be too helpful. Each tab will have numbers scattered throughout. The numbers on the lines refer to the fret that should be fingered on the specific string.

How do I read open notes?

You will read the uke tabs from left to right. Numbers can be distributed throughout the strings. When you read the image below, you see that you start by playing the 3rd fret on the A string. Then pluck the open strings of E, C, G, then back up to C and E.

How do I read chords?

When the numbers line up, that means you are playing a chord. For example, below the uke tab reads the following chords: C, Am, F, and G. This will be more common than single notes on a tab and is used to help explain the rhythm and tempo. Give this one a go!

How do I read tab symbols?

Understanding the rhythm and tempo of a ukulele tab can be tricky. Sometimes you'll see the ​numbers closer or further apart. This helps identify who quickly (or slowly) to move to the next chord or note.

Symbols are also used to help explain how you're supposed to play. This is a little more advanced. If you are just getting started, we suggest coming back to this section once you have had some practice with uke tab basics.

The opposite of a hammer on is a pull off. We are going to start by plucking the third fret on the C string, then move to the lower second fret on the same string. This is also called "letting loose."

You can also alternate between hammering on and pulling off. This is designated with a carrot symbol, ^.  We'll start by playing an open E string, hammer on the third fret of the E string, then pull off onto an open E string.

Bending is when you pull the string up so it creates the sound of the second note on after the b on the tab.

Vibrato is when you vary the pitch in the note. You can do this by slightly moving the string. the best example is think about how rock stars do this on their guitars. If we wanted to add vibrato to the eighth fret on the E string, it would look like this:

A ghost note is when you play the note very softly. You'll see parenthesis around the note on your uke tab, like the image below.

Last but not least, we have the slide. ​This is when you play one note and slide to the next. Ascending slides are denoted with a /. The opposite goes for descending slides, in that case you'd use a . In the below example you are keeping your finger on the fretboard, and first moving it from the fifth fret on the A string to the seventh fret. To descend we'll start at the seventh fret (still on the A string) and move down to the fifth fret. I like to remember which direction I'm going by thinking either going up the slide ( / ) or going down the slide (  ).

​Now you not only know how to read ukulele tabs, but you understand how to decipher the different symbols you'll find. Reading uke tabs isn't easy, but I promise it'll be less time consuming than playing by ear or reading sheet music. Happy playing! 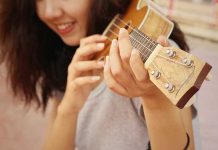 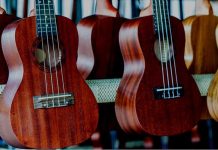 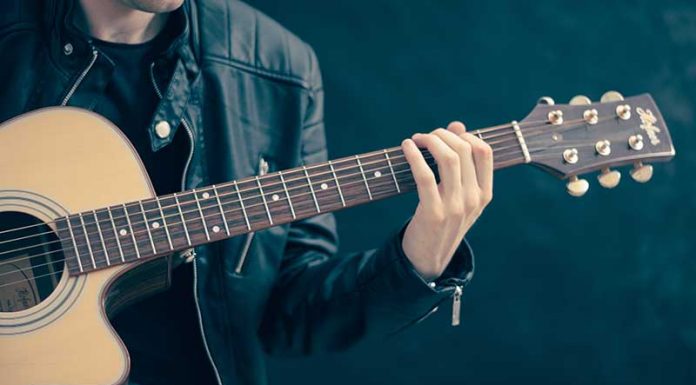 FREE Guide Reveals the Secrets to Learning the Ukulele Fast!